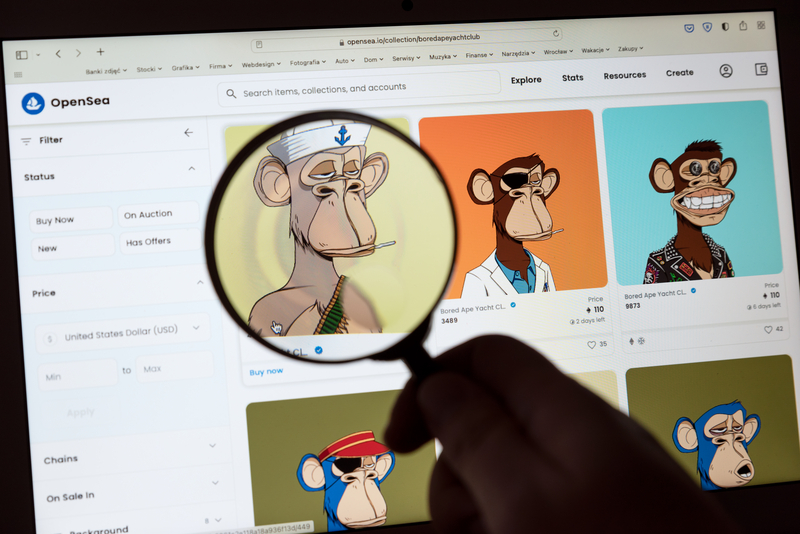 Whether your new NFT project involves the issuance of other crypto tokens or not, you are probably aware of how important it is to avoid being classified as an issuer of securities by regulatory bodies like the U.S. Securities and exchange commission (SEC). While the SEC has not yet issued any formal guidance on what can make NFTs be considered as securities, they are already warning of its intention to regulate the industry and have even begun to investigate specific projects and their owners.

It is rather clear that “pure” or “art” NFTs, which are not sold as part of a “bigger plan” (which can include a video game, non-NFT tokens, etc.) and which seem to have intrinsic value, will probably not be considered as securities. However, assuming that your project has more to it than a shiny new series of “fighting Ostriches” and that it involves ongoing development, issuing non-NFT tokens, staking and liquidity issues, you better know your do’s and don’ts (specifically when drafting your white paper, we’ll get to that later on).

The first step is understanding the regulators’ concern, which is to prevent the sale of tokens (whether NFTs or not) that act as securities to the public, without the protections that companies issuing actual securities must use, which mainly include extensive (and expensive) disclosures and reporting obligations. The SEC uses the “Howey test” to determine if tokens act as securities. Basically, if the purchaser invests his money in a common enterprise (the token selling company) in expectation of profits from the company’s efforts – the tokens are securities.

How We Ace the “Howey Test”

The last condition – that the purchaser of the tokens will expect his profits to come from the efforts of the selling company – is the one that most justifies the attention of project owners who wish to make sure their project is following securities regulation. Below are just a few examples of important factors to consider when building your project (and writing your white paper). It is important to remember that no individual factor is determinative, however, the more these factors are being handled the desired way, the more likely it is that the NFTs or other crypto tokens you sell will not be considered as securities.

It is also important to remember that your project will be reviewed as a whole, meaning that even if your NFTs are truly “artsy” and cannot by themselves be considered as securities, the fact that you are also selling to the public non-NFT crypto tokens which do not satisfy the “Howey Test” will cause the whole project to be considered as an illegal offering of securities to the public. Therefore, you should try to make sure that both the sale of the NFTs as well as the sale of any other tokens comply in as much as possible with the requirements.

If you are selling NFT’s or other crypto tokens that are supposed to be used as part of a game or other software platform which is still being development, it is obvious that the purchaser’s expectation to profit from the project is tied to your development efforts. The same goes when you promise your community that “this is only the beginning” and that “we will add many more cool features in the future”. There are other factors like supporting the platform on a day- to-day basis and providing other material services to the community which will be discussed in the “control” section below.

The above analysis is the reasons why many projects are selling tokens through SAFT agreements. The idea is to sell a right to receive future tokens only to accredited investors (which is permitted even with securities) and issue the actual tokens only once the platform is fully operational. The problem is that since as mentioned above, no individual factor is determinative, issuing tokens that can be used in a fully operational platform might not be enough to make them “non-securities” but this is the result that the SAFT agreement is trying to achieve.

Project Tip: sell your NFTs/tokens as close as possible to the point where your platform is fully operated.

White Paper Tip: don’t promise any future development or specific abilities not yet in existence.

The more control the project team has over the project, the decision making, the methods and economics of tokens issuance, the expansion of the community and more, the higher is the chance that regulators will conclude that the purchasers of NFTs/tokens are expecting to profit from the company’s effort. On the other hand, the more power (including voting power) the community has with respect to governance issues, shaping the project, including even code updates, compensation issues, etc. – it is more likely that your project (and NFTs) are in the safe zone.

Project Tip: go with the DeFi governance model. Voting rights to the community, appointing community members to key positions. Whatever it takes.

White Paper Tip: avoid using phrases like “we will” or “our amazing team will” and instead explain how your amazing community will take the project to the next level.

If the project team can control the price of the tokens (directly or indirectly) or is even performing actions to support it, this will provide an indication that the NFTs (or tokens) are securities. Even total control over the number of NFTs/tokens will do the work. For example, limiting the supply or ensuring scarcity of tokens by allowing buybacks mechanisms, “burning” tokens, etc.

Project Tip: try to limit the usage in price control measures such as burning tokens or buybacks by finding other ways to reach your targets, and again, give as much control as possible to the community.

White Paper Tip: if burning tokens, buybacks, and other price control measures are not what the project is all about, don’t focus on these issues when writing your white paper.

How many tokens/NFTs are you keeping for the team, employees, and suppliers? You need to take into consideration that the more the company has to earn from the project, the more the project’s success will be linked to its efforts and the purchaser’s expectations will be viewed accordingly in the eyes of the regulators. This does not mean of course that you should work for free, however, when deciding on your allocation policy, you should remember also the regulatory aspect involved and make sure you are at least aligned with the market standards.

Project Tip: Try to find creative ways to benefit from the project other than just keeping a large part of the tokens/NFTs! This is easier to do of course when the project offers various NFTs and more than one type of token so you can use different pro-rata distributions for each issuance.

White Paper Tip: When discussing the allocation of tokens, including to the team, compare it to similar projects to show your contribution towards a decentralized project.

One of the strongest indications that the NFT (or other crypto tokens) you just sold to the community is in fact a security, is liquidity. Purchasers that take into consideration the future liquidity are basing their expectation for profit not on the NFTs’ intrinsic value but rather on the purchasers’ ability to trade them in the open market, including selling them to other purchasers who are not interested in the original purpose of the project or in the intended uses of the tokens and will just want to sell them for profit. For that purpose, promising a secondary market for your NFTs is the same as promising to list your tokens on exchanges.

Project Tip: try to avoid depending on liquidity as a tool for increasing the value of your tokens. Instead, focus on utility, actions performed by community members, etc. Mind you, if liquidity is created it doesn’t mean that all is lost, however reaching liquidity cannot be your project’s holy grail.

White Paper Tip: do not promise liquidity to the community members (e.g., “we will try to register the tokens on at least 2 exchanges” or “you will be able to trade the NFTs on our secondary market”).

Sharing the wealth with the community is great for marketing purposes and an amazing business model, however this practice might be considered by the SEC as a dividend distribution, lending of funds or any other financial activity which is regulated and requires registration and reporting. Just recently, BlockFi Lending has agreed to pay $100 Million in fines after the SEC charged it with failing to register its interest accounts. Staking activities, in which the community members lock their tokens to create liquidity pools and in return are awarded with tokens, might also be viewed as granting benefits to purchasers on account of their purchased tokens/NFTs.

Project Tip: Try to condition any benefits to which the purchasers are entitled upon performance or upon the occurrence of events which are out of the hands of the team.

White Paper Tip: Make sure that the description of the staking activity includes all relevant conditions and that it is not presented as one of the main benefits of holding the NFT/token.

PreviousIsraeli Law’s definition for “Gambling” does not include “Prize”