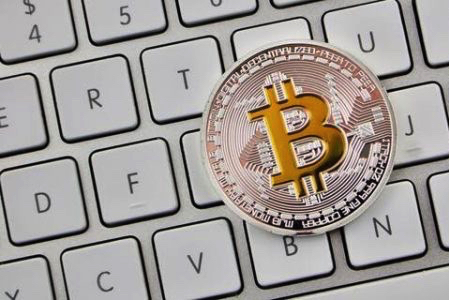 ridiculously high price tags. One thing is clear, however, and that is that the cryptocurrency market is not for the weak of heart or for those who cannot afford to lose investment. Still, people are buying and selling bitcoins every day. Trading in bitcoin is easy and can be done through one of the many exchanges that open—and close—by the minute, or through face-to-face transactions with people you meet on social platforms or Telegram.

But what if you wanted to buy or sell 10,000 Bitcoins? Or 100,000? There are two ways to do that. One is to use an over-the-counter (OTC) exchange where you can probably negotiate a fixed price, but you don’t know who you are buying from. The other way is to try to find a specific seller or buyer and carry out the deal with them. This is where you enter the adrenaline-fueled world of mega bitcoin transactions (MBTs).

A standard MBT usually involves a lot of parties (people, intermediaries, and professional consultants) working around the clock. The bitcoin market is extremely volatile and seller and buyer can lose interest at any moment if the price crashes or soars, so if the deal is not completed quickly it might not be completed at all. Another important thing to understand is that everybody is negotiating with everybody. You may think that the eager buyer that has cordially invited you to London to present him with a proof of bitcoins (POB) is only dealing with you. He is not. So you should not be surprised if your lawyer’s phone calls are being ignored by the opposite party for hours. The solution? When in Rome. Although I would not suggest that you waste anybody’s time (it’s a small industry after all), you should try to line up some alternatives as well.

Perhaps the number one keyword in doing MBTs is trust. The anonymous nature of cryptocurrency is a selling point with regards to security, but when you are doing a transaction that is valued at hundreds of millions of dollars, you want to know who you are dealing with. This means for example that you should care whether you are negotiating with one seller that you can identify, or with a group of smaller sellers who simply moved all of their bitcoins into one wallet. The problem with dealing with many sellers is that it might be harder to enforce the contract if you enter into a dispute at some point. In addition, a group of sellers might not be able to close a fast deal if they need to take decisions together and there is no “leading seller” that can act for everybody. It’s also important to understand whether you are dealing with private persons, companies or financial institutions, so you can know what to expect regarding deal process, escrow mechanisms, etc. Having this information will help you to match the right buyer with the right seller. A mismatch will almost always kill the deal.

The first thing you need to do is to identify the parties. The problem is that you can only get the full details after all of the intermediaries are happy, meaning that the commission structure for the deal was agreed upon. With so much money on the table, trust is a crucial issue not only for the buyer and seller but also between the parties to the transaction and the intermediaries and among the intermediaries themselves. Since MBTs are typically done between people that have a lot of other people working for them and that are concerned about their privacy, you usually find out that you haven’t been talking to the buyer’s or seller’s representatives, but to the representative’s representative (or worst). The only way to complete the transaction in time in these cases is to make sure everybody’s commission is safe and then insist on working as directly as possible with the parties themselves.

The structure of the MBT is quite simple. Step one is again, trust. The parties should prove to each other that they have the means to do the deal. A buyer needs to show proof of funds, usually by sending a video of himself accessing his bank account through his computer and showing that the funds are there. The seller can sometimes ask that this process will be done “live” to minimize the chance of fraud. From the other side, a seller will present a proof of bitcoin (accessing the applicable bitcoin wallet) which can also be either a clip or a live video call. It is imperative to check the parties’ expectations beforehand to avoid unpleasant surprises.

After the parties have demonstrated their ability to close the deal, the purchase and sale agreement can be finally negotiated. Again, it is essential to understand that the flexibility and even anonymous nature of bitcoin trading is less appealing when dealing with large amounts of money. You want a solid agreement to protect you in case of a dispute (or fraud for that matter). You also want to be able to show that the transaction was legit in case the authorities knock on your door. Other than the number of bitcoins sold and the purchase price, the agreement should carefully describe the mechanism of the deal.

A standard MBT will be structured as a three-step process: first, the buyer transfers the purchase funds to the escrow agent; second,  the seller transfers the bitcoins from his or her wallet to the buyer’s wallet; and third, the escrow agent releases the purchase funds to seller, minus the escrow agent’s fees, the commissions, and the bank fees. Although the above structure is simple, there are important issues and questions that need to be resolved in the agreement in order to avoid misunderstandings. For example, the agreement should be very clear about the time on which the transaction price will be fixed and that later shifts in market price will not affect the agreed purchase price. Appropriate time frames for completion of the deal should be agreed upon including what happens if a party does not meet its obligations. In some cases, the parties would prefer to do the deal in several trenches. One reason for this is that since all bitcoin transactions are publicly shown on the blockchain (without the names of the parties of course), the parties just don’t want to attract too much attention.

As any other aspect of an MBT, the identity of the escrow agent is extremely important. Some parties will prefer a large international bank to serve as the escrow agent since they believe that know your client (KYC) and anti-money laundering (AML) procedures, which are mandatory in this type of deals, are better performed by such organizations. From my experience, this might be a wrong move that will cause the parties to lose flexibility and speed, which are so important to the deal. In many cases, a boutique but well established and reputable escrow firm that can move quickly, perform the checks with as little hassle as possible, and most importantly, can be a significant factor in building trust, solving problems and bringing the deal home, is the right way to go.

As a final note, cryptocurrency and blockchain technology are relatively new. Governments all around the world are struggling to adapt their regulations fast enough to this speedily evolving market. Smart parties should be well prepared before getting into an MBT and make sure they are aware of all relevant implications, including the legality of the deal in the applicable jurisdiction (which might be any jurisdiction in which they make business) and the tax aspects of the transaction.

PreviousWhy should anyone want to buy you?
NextTop Cloud/SaaS Startup Cities 2018